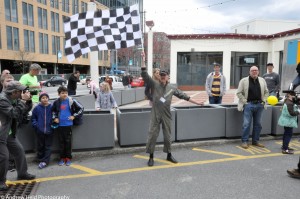 On your mark, get set….
World sculpture racing co-founder Geoffrey Koetsch starts off the race, April 26, 2015.
Photos by PSR photog Andrew Held (except for Canard & map)

A sculpture racing demo concluded the Sculpture Racing Design Exhibition at the MIT Museum. It was a great day for sculpture racing newbies to rehearse their acts, and for old-timers to show them how it’s done!  Three prototypes and three legacy racing sculptures took part: 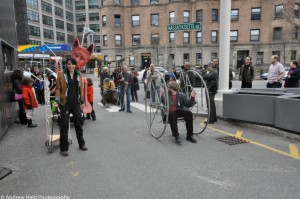 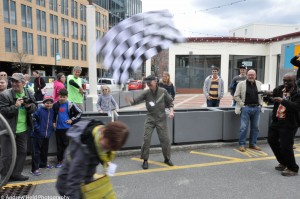 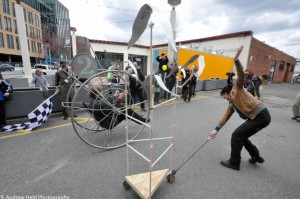 Canard leads (Jehanne is partly visible ahead of T.T.), followed by No 2., then Flock. 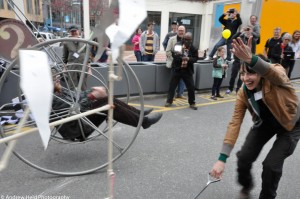 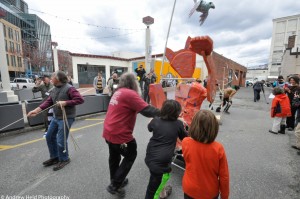 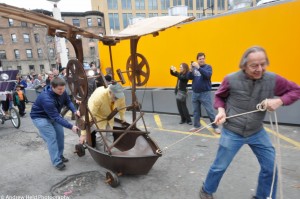 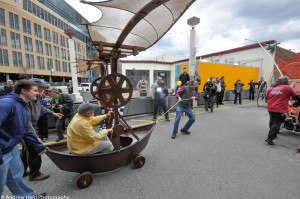 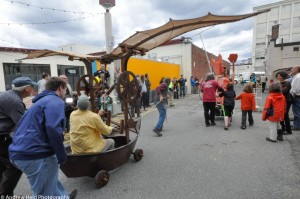 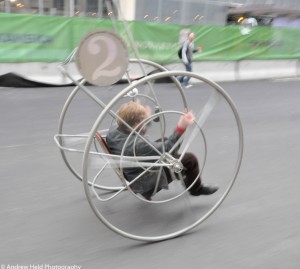 But No. 2 attains incredible momentum. 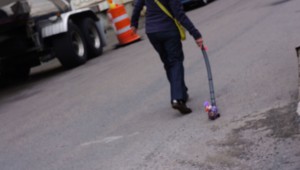 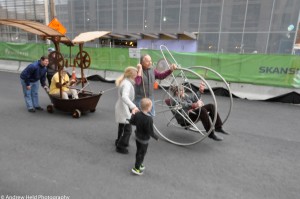 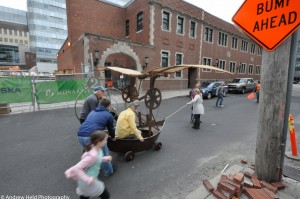 Flying Machine gains on No. 2! 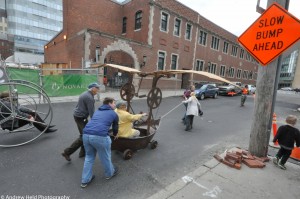 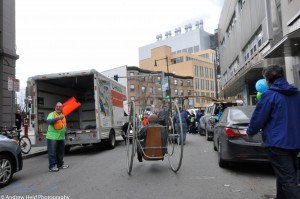 On to the finish line!!!

Special thanks to Faith Marie Dukes and the MIT Museum
for making this demonstration race possible.