From Strandbeests To ‘Renoir Sucks’: The Best Art Around Boston In 2015, by Greg Cook

“People’s Sculpture Racing” at Cambridge River Fest
When Christian Herold moved back to Cambridge in 2007, he recalled, “I asked where is Sculpture Racing and everyone shrugged their shoulders.” World Sculpture Racing, as it had been known, was a series of races held annually from 1982 to ’85 in which people raced wacky sculptures through the city’s streets. For real. It was part art, part engineering, part absurdity, part sports. In June, Herold revived the tradition and some 16 sculptures arrived for a madcap, 3/4-mile race at the Cambridge River Fest—a 23-foot-long fish, a giant rat trap, a cart of rolling mechanical waves, a flock of mechanical birds, a sailboat riding atop square wheels. Amazing.

“Tsunami Wave Machine (Homage to Hokusai)” by Steve Hahn of Stoughton has a crankshaft that makes foam-board waves spin.  Also a tube rocks to make ocean sounds as he pulls the wagon. “The important part is the effect,  to make people happy, especially children. Little kids love to see machinery because they don’t get to see anything anymore.” (Greg Cook)

“Under the Wave off Kanagawa,” Katsushika Hokusai, about 1830–31 (MFA Boston)

“Hokusai” at Museum of Fine Arts
Katsushika Hokusai, the 19th century Japanese master, is best known for his iconic “Under the Wave Off Kanagawa (Great Wave),” one of the most famous images in all of art. That woodblock print was the centerpiece of this sumptuous Museum of Fine Arts retrospective, which offered a deep dive into the rest of his landmark career—depicting cities and Mount Fuji and demons in so many sensual, ethereal shades of blue. 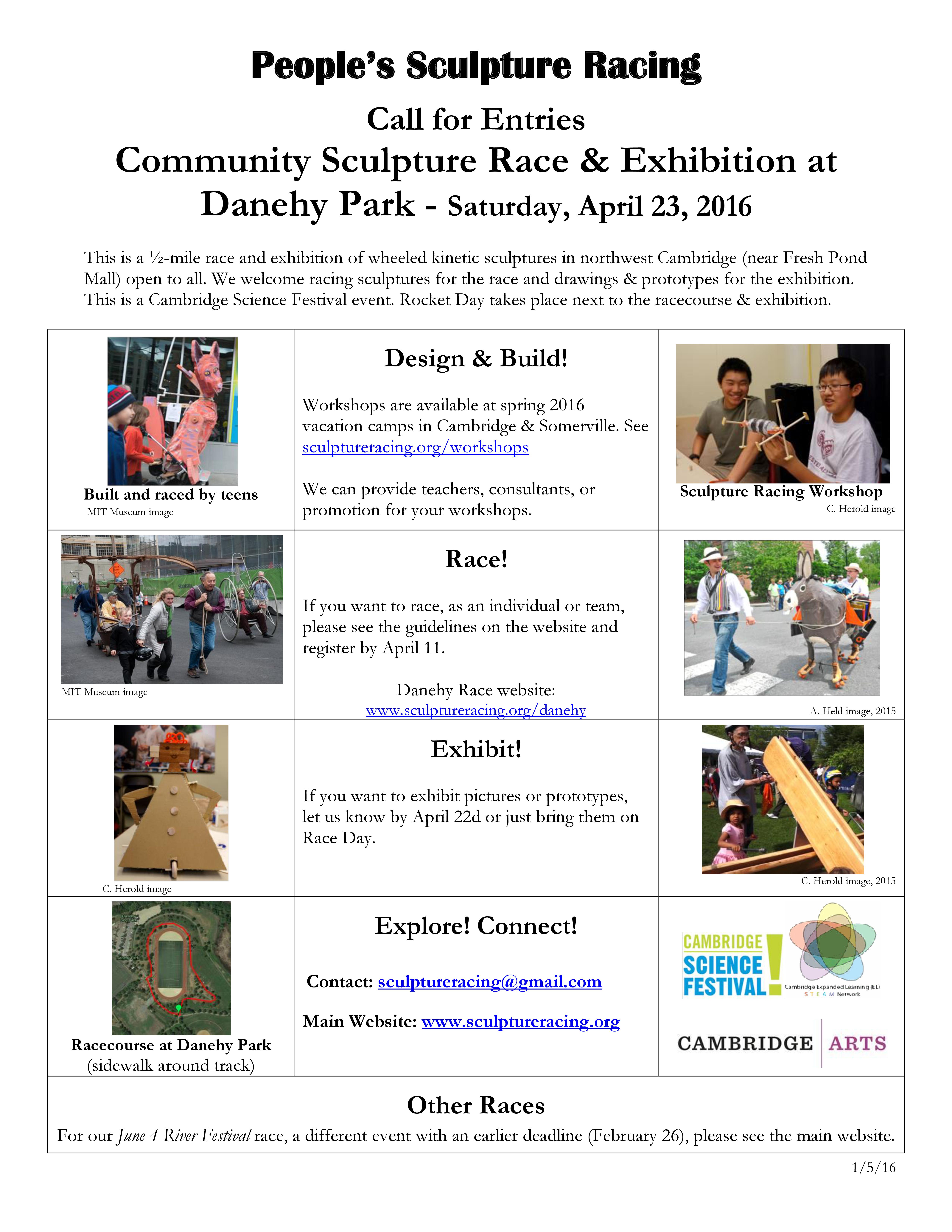